FESPA.com looks back at some of the most creative and colorful printed t-shirts from the past 12 months.

T-shirt printing is big business for print companies all around the world, and as demand continues to increase for this type of work, we are only likely to see the market expand further.

From top fashion designers and leading high street brands, through to individual bespoke jobs for customers, printed t-shirts come in all forms, making it one of the most creative areas of the industry.

FESPA.com picks out some of the best examples of t-shirt prints from the past year.

Match of the Day 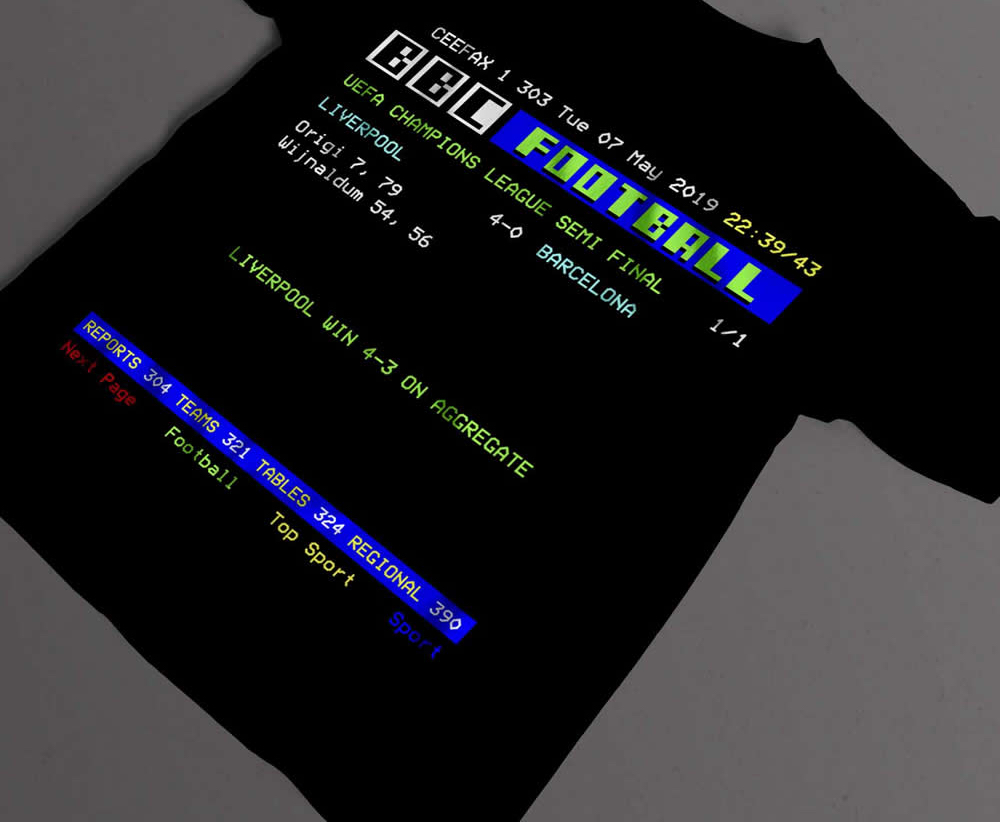 Designer: Retro Clasico
Description: Personalisation and bespoke orders are a huge business in print at present. Retro Clasico is one company taking advantage of this trend, allowing football fans in the UK to order t-shirts featuring a classic Ceefax page of any match they choose. Ceefax was the traditional way of accessing live scores before the internet, apps and social media took over, with the service closing in 2012.

STOMP Out Bullying with Volunteers t-shirt 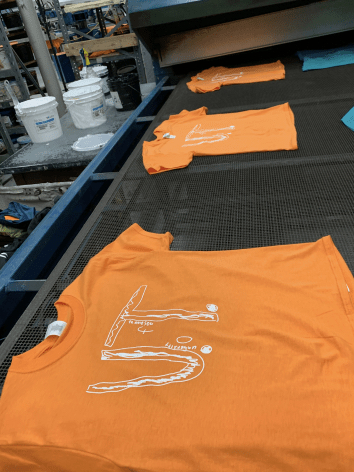 Image courtesy of University of Tennessee

Designer: Volunteers Fan
Description: A t-shirt designed by a fourth-grade boy in Florida raised almost $1m for the STOMP Out Bullying. The young fan created a homemade shirt to show his love for the University of Tennessee Volunteers sports teams, and the university’s VolShop offered to print the design as a gesture of appreciation. The response was overwhelming; with the VolShop selling 112,715 shirts in the three months they were available. The boy was also awarded a four-year scholarship covering his tuition and fees beginning in fall 2028 if he decides to attend and meets admission requirements. The original version of the shirt is no longer being produced. 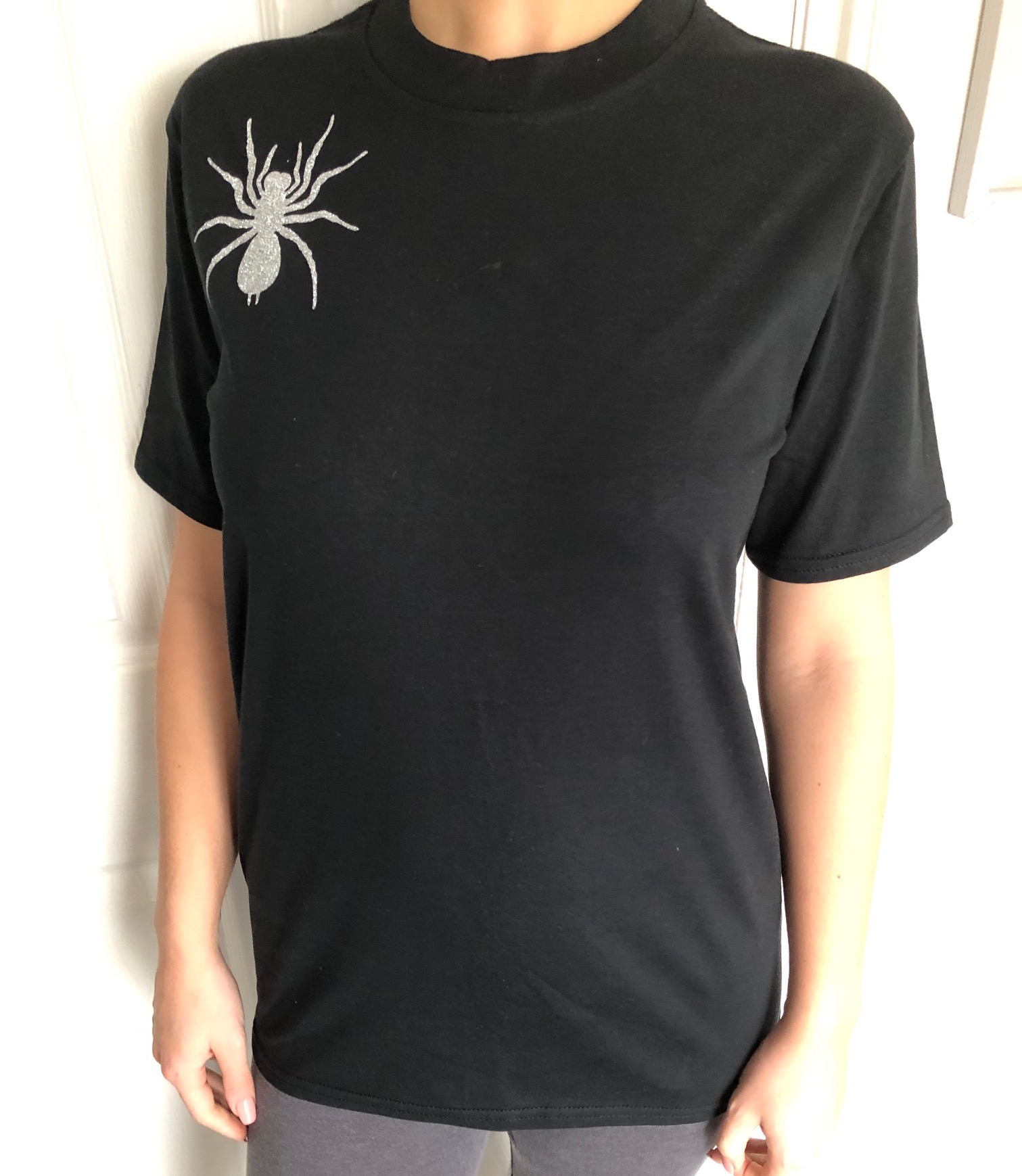 Designer: Balcony Shirts
Description: Prime Minister Boris Johnson’s bid to prorogue Parliament was shot down last September when the Supreme Court ruled the move was unlawful. The decision was announced by Lady Hale, who attracted plenty of media attention for the spider broach she wore on the day. Balcony Shirts paid tribute to the fashion accessory by printing a t-shirt to copy her look – and in doing so, she was able to raise around £23,500 for charity from sales of the t-shirt. Thank you to my lovely wife for modeling the t-shirt that Balcony Shirts very generously sent us! 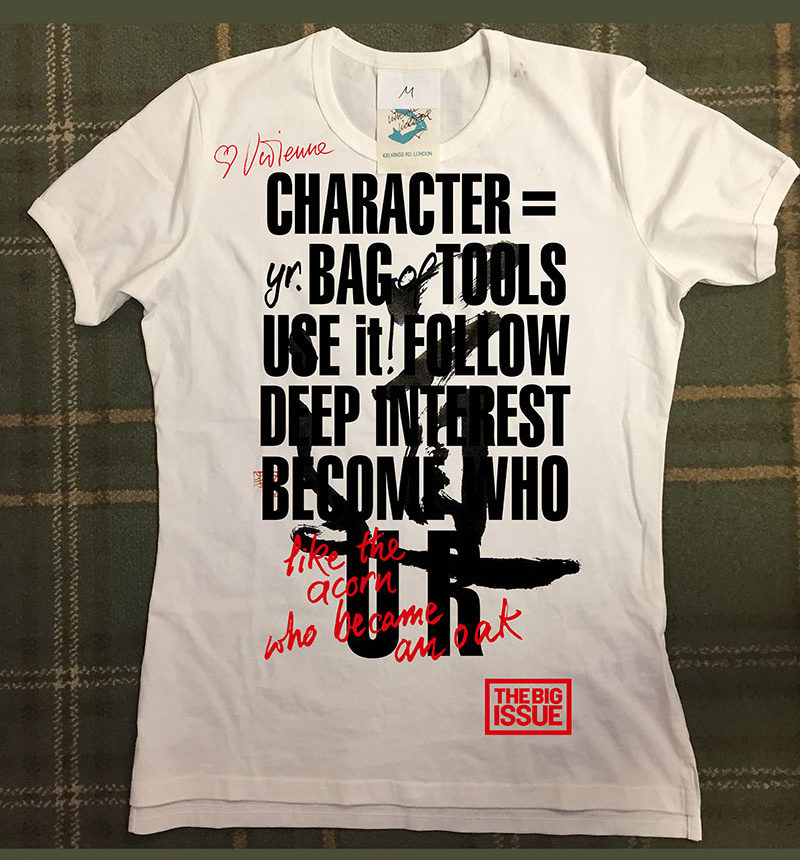 Image courtesy of The Big Issue 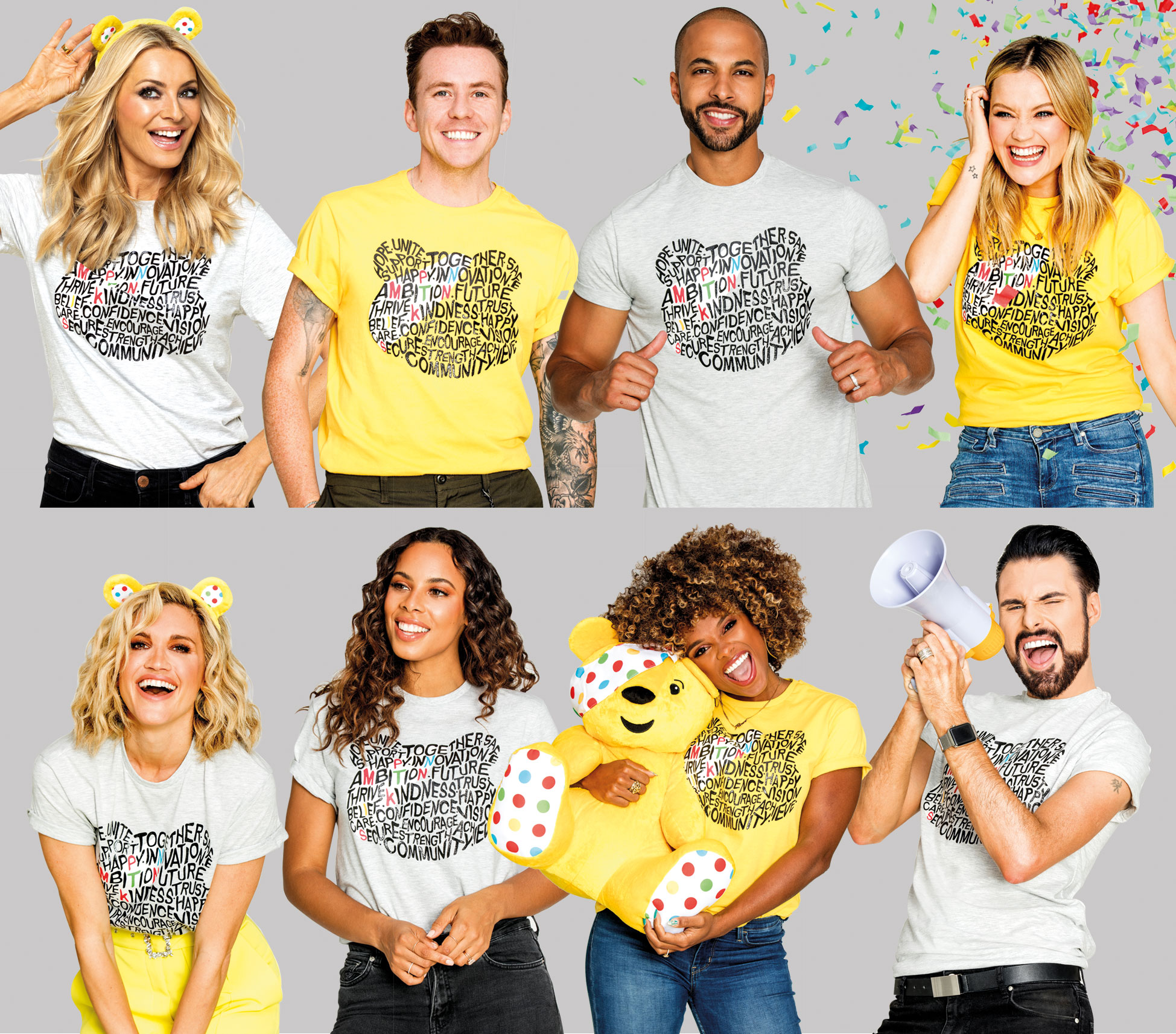 Image courtesy of Children in Need

Designer: Megan Grinham
Description: T-shirt sales form a major part of fundraising efforts for Children in Need, and last year was no different. Megan Grinham designed this t-shirt – modeled here by a number of celebrities – helping to drive overall fundraising to £47.8m for 2019 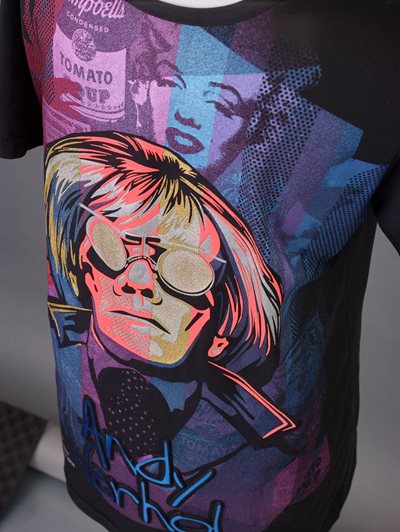 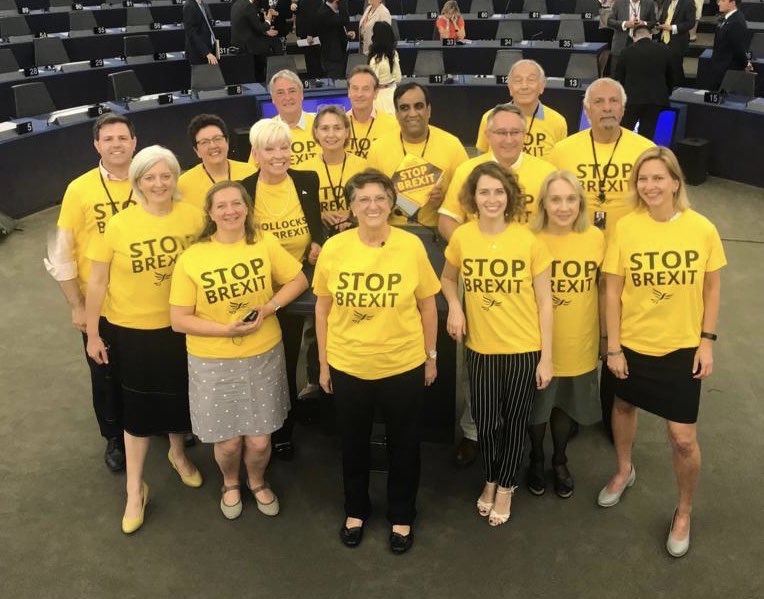 Image courtesy of the Liberal Democrats

Designer: Liberal Democrats
Description: Liberal Democrat MEPs caused something of a stir at the European Parliament last year, donning t-shirts to express their opposition to Brexit. The t-shirts were colored with the Liberal Democrat yellow and featured two slogans: ‘Stop Brexit’ and the not-so-family-friendly ‘B*llocks to Brexit’. 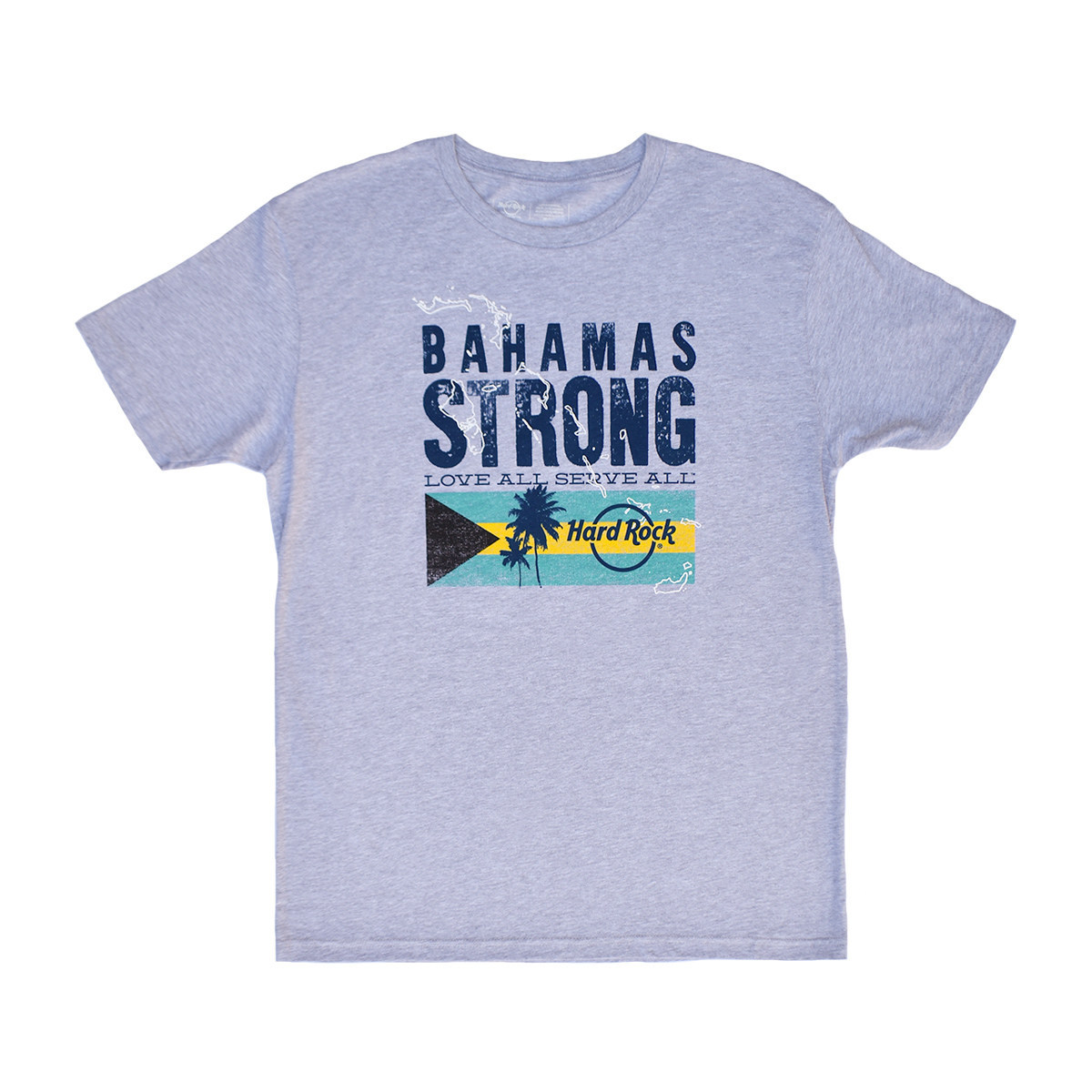 Designer: Hard Rock
Description: Global hospitality and entertainment brand Hard Rock launched a limited edition t-shirt to help raise funds for those affected by Hurricane Dorian in the Bahamas. The design featured a map and the flag of the Bahamas, with all proceeds from sales going to help those in need. 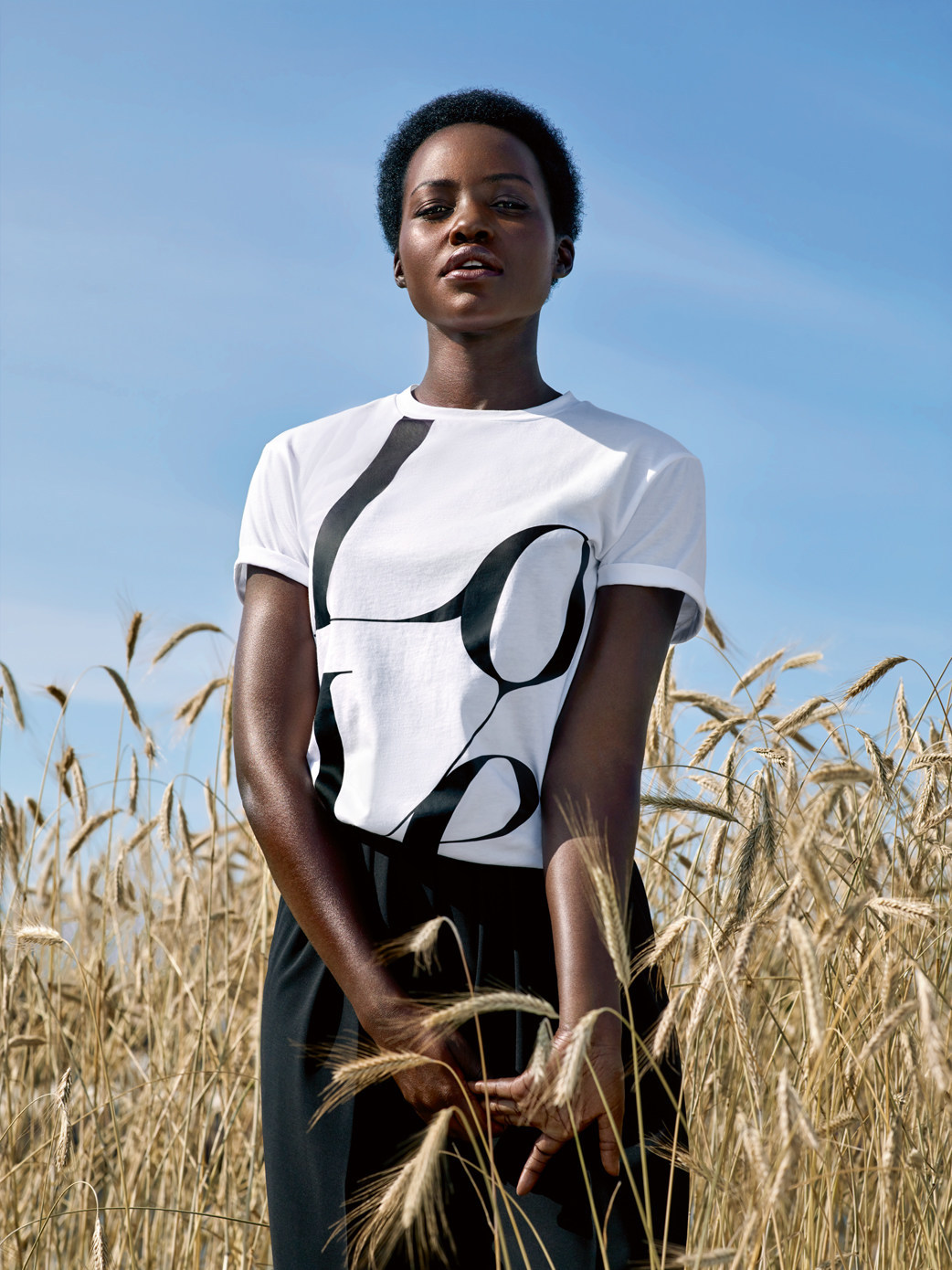 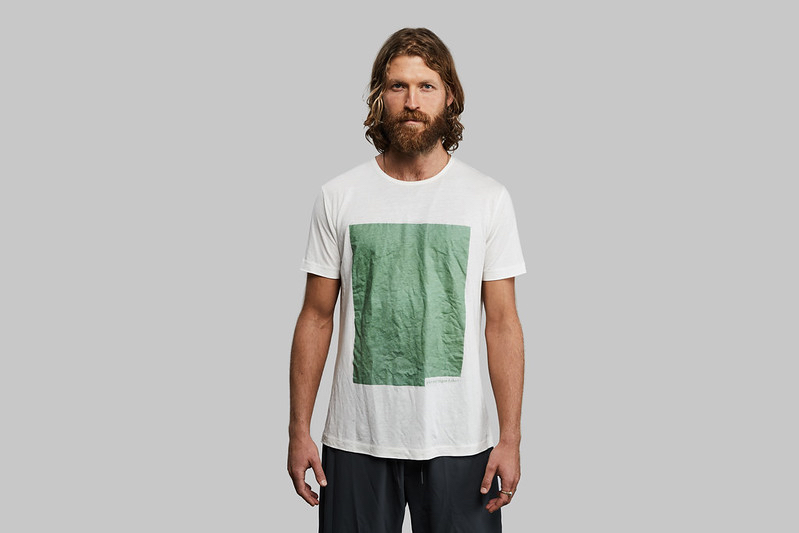 Designer: Volleyball
Description: Forward-thinking clothing technology company Vollebakl unveiled this innovative design in 2019 – a t-shirt that is 100% biodegradable. The t-shirt is made from algae, pulped eucalyptus and beech from sustainably managed forests. 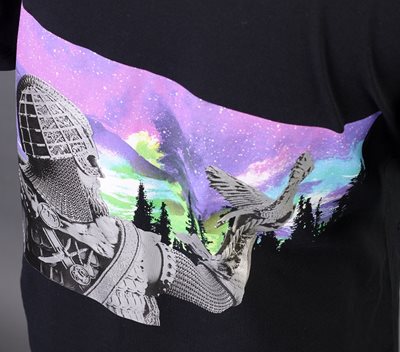 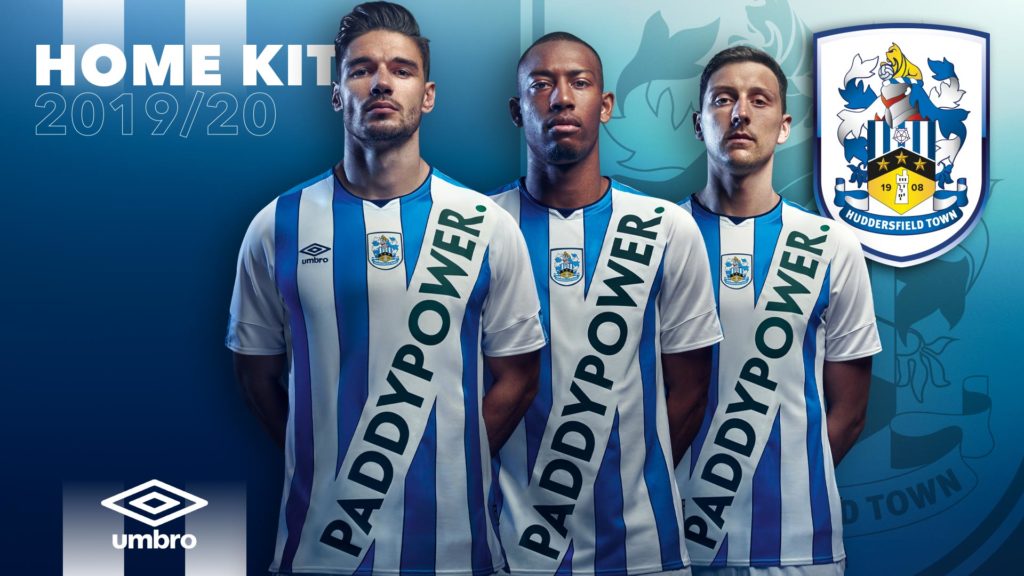 Designer: Paddy Power / Huddersfield Town
Description: The 2020 FESPA Global Print Expo will feature a new event in the form of Sportswear Pro, and in homage to this, we’re including a sports shirt in our Top 20. This jersey from English football club Huddersfield Town drew plenty of attention for the size of the sponsor printed on the front. However, it was soon revealed to be a hoax, with bookmaker Paddy Power using the shirt as a launch platform for a new campaign to stop gambling companies sponsoring football shirts. Paddy Power still sponsors Huddersfield but does not feature its brand on the shirt, as the bookmaker seeks to promote responsible gambling. 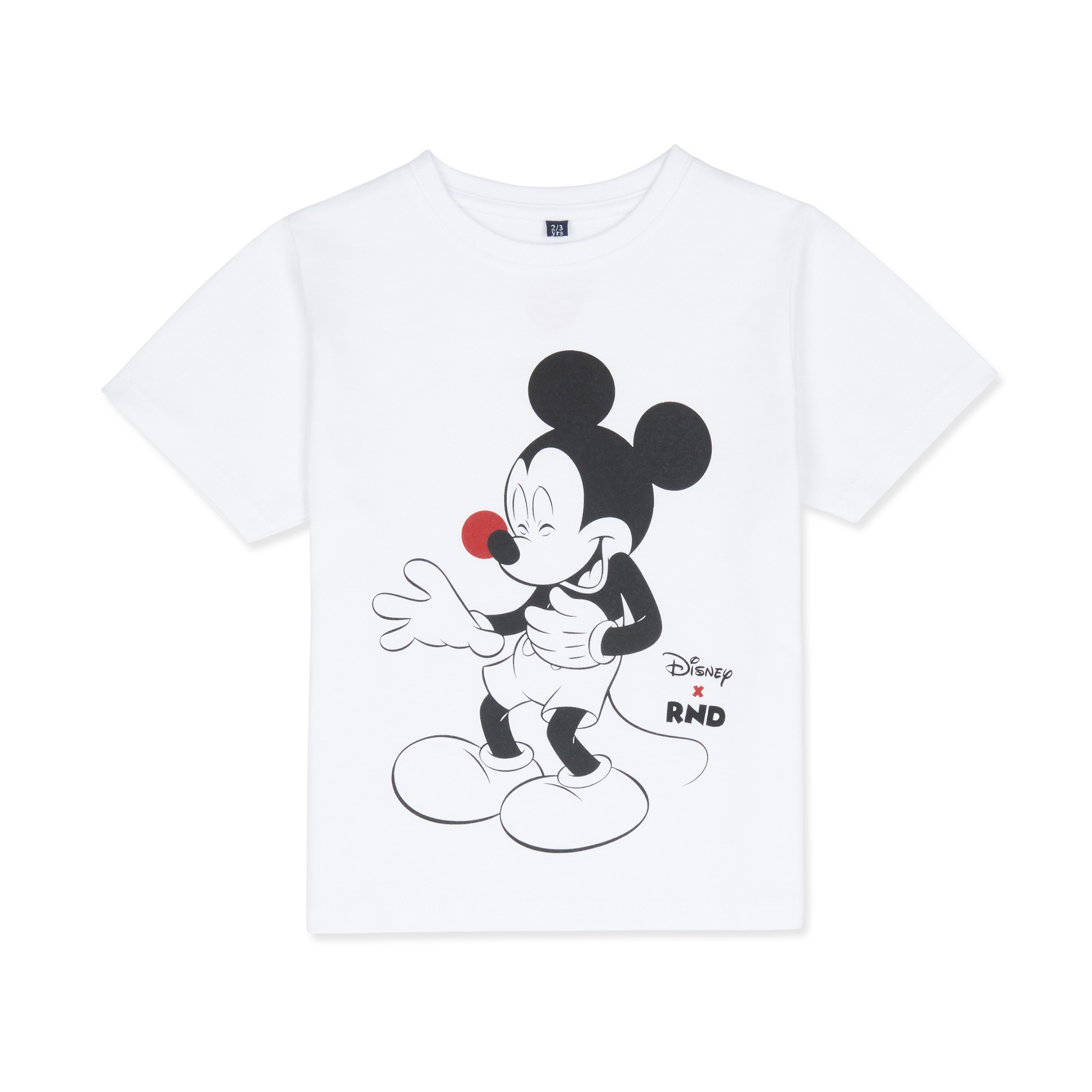 Designer: Red Nose Day / Disney
Description: Another major charity event on the UK calendar is Red Nose Day, and in 2019, the official t-shirt released to help raise funds was designed in partnership with Disney. In total, Red Nose Day 2019 raised over £63.9m. 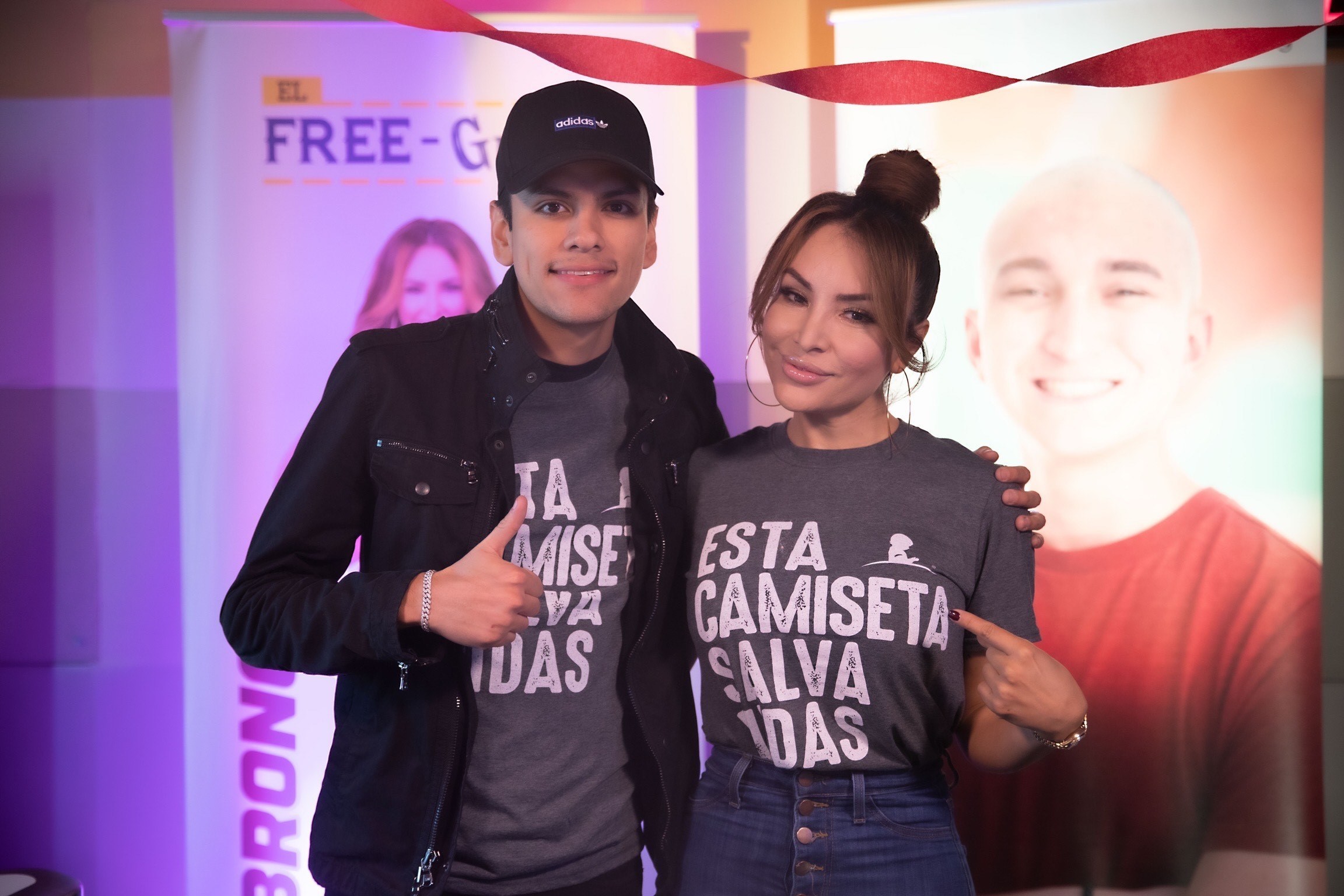 Designer: St. Jude Children's Research Hospital / Univision
Description: Another example of t-shirts helping raise funds for those in need; St. Jude Children's Research Hospital together with Univision radio stations raised $4.7m for charity via the Promesa y Esperanza. Listeners that donated $20 or more were given a t-shirt with the wording Esta Camiseta Salva Vidas, the Spanish-language version of the popular ‘This Shirt Saves Lives’ campaign.

Designer: Carlings
Description: Scandinavian retailer Carlings came up with an innovative t-shirt that utilizes social media app Instagram to bring digital clothing to the platform. The ‘Last Statement’ t-shirt comes with a printed logo that triggers a number of designs that appear on Instagram through augmented reality filters.

STOMP out bullying in the US 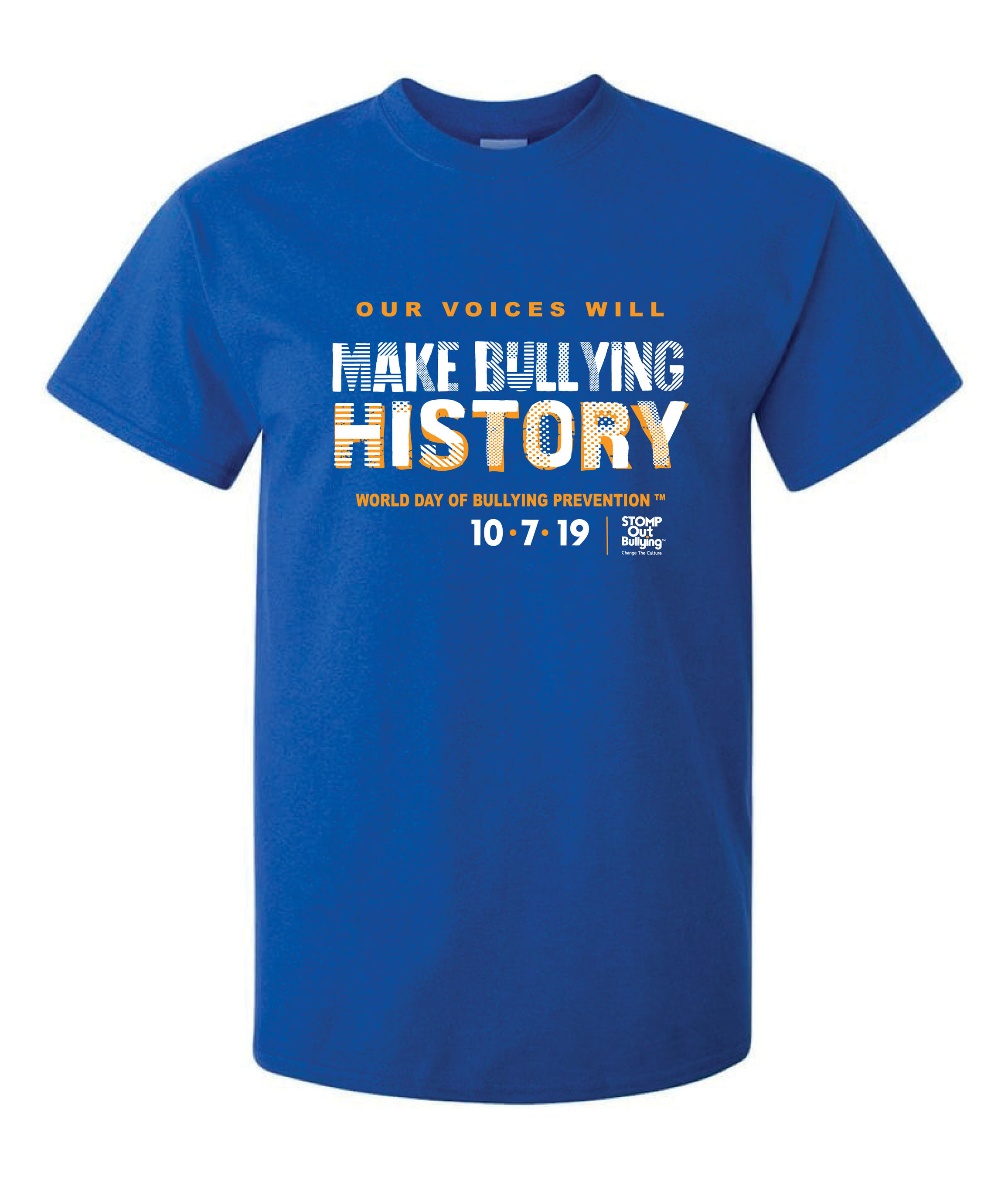 Designer: STOMP
Description: STOMP Out Bullying, a US non-profit dedicated to tackling bullying in schools, released this limited edition t-shirt as part of its efforts for October’s National Bullying Prevention Month. STOMP says more than 100,000 youths are impacted by funds raised by t-shirt sales. 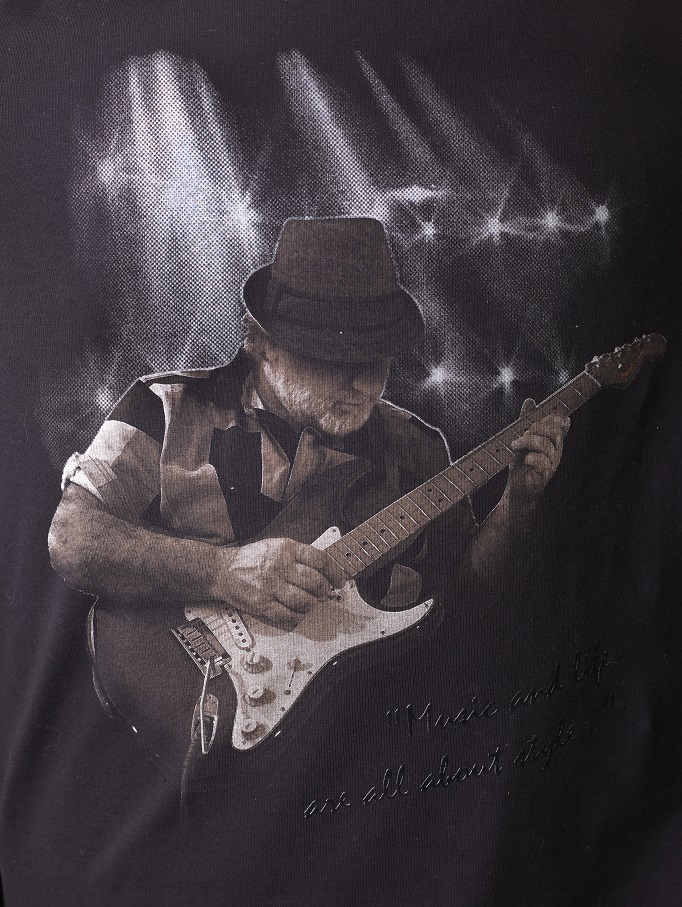 Designer: Ellie Shirt
Description: Former Manchester City captain Vincent Kompany famously wore this t-shirt as the team celebrated its fourth English Premier League title. The shirt was in homage to Kompany’s teammates urging him not to shoot during a match with Leicester City…only for defender Kompany to let fly from 35 yards and the ball ending up in the top corner, securing a valuable three points for City!

Spooky goings on with Motherhood Maternity 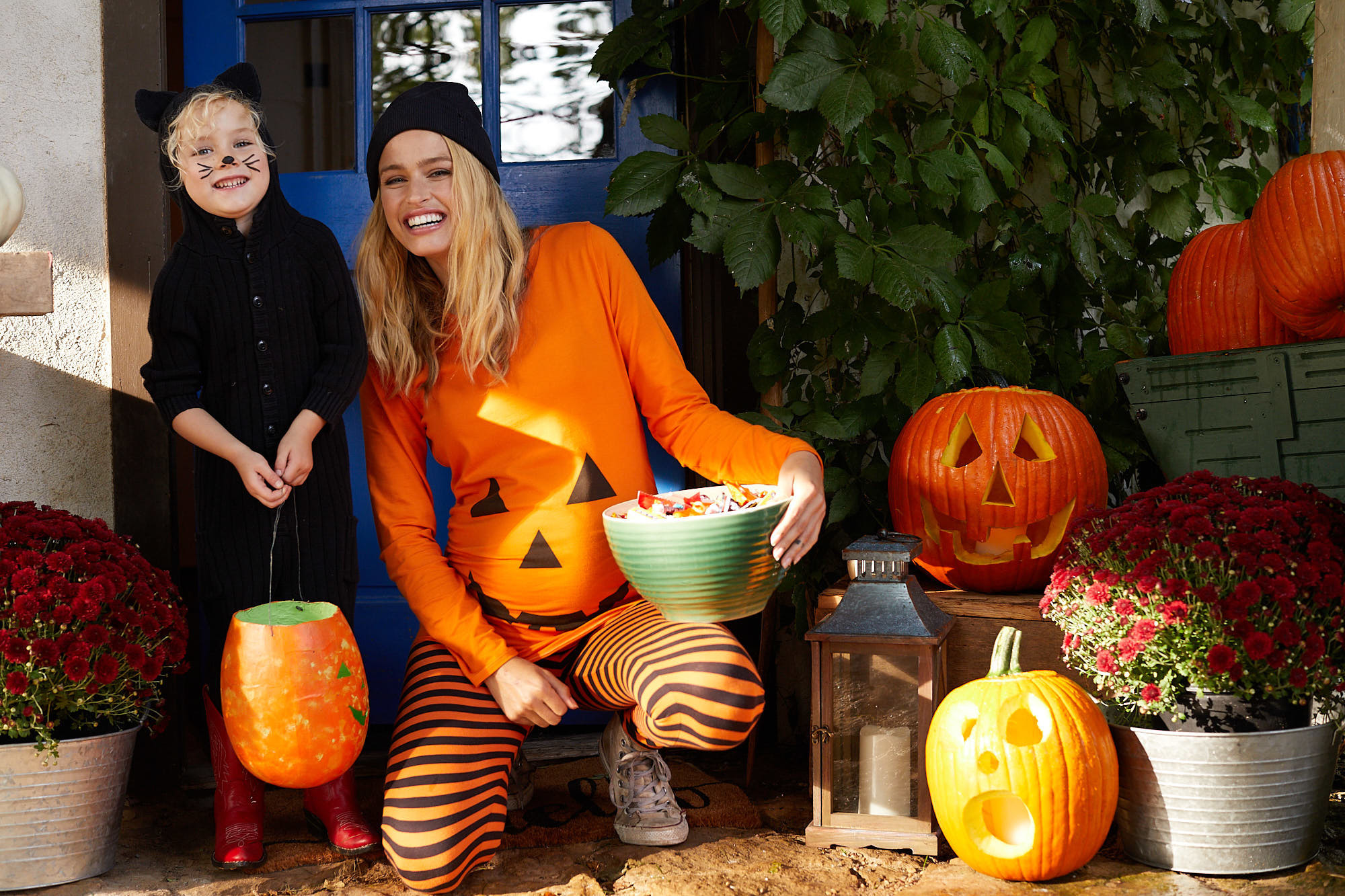 Designer: Motherhood Maternity
Description: An application that wouldn’t look out of place in our Halloween Top 20, Motherhood Maternity came up with this humorous design. The maternity top featured a spooky smile that, when worn over a baby bump, imitates a pumpkin! 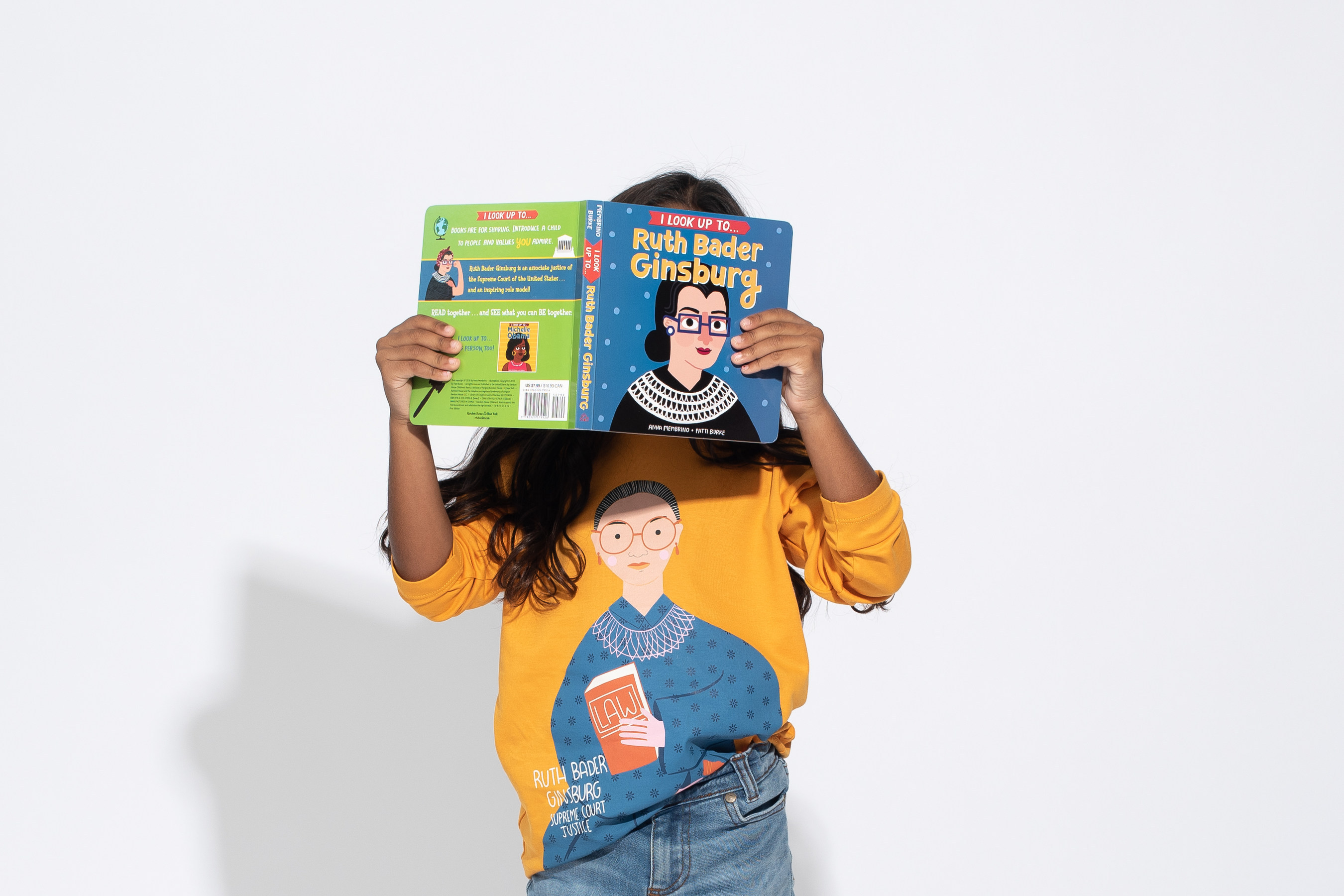 Looking to learn more about t-shirt printing? The FESPA Global Print Expo 2020 will feature some of the top manufacturers in this sector. Print Make Wear is FESPA’s fast fashion factory feature showcasing a live end-to-end production process for sports and athleisure garments, as well as hosting a series of tours. The new Sportswear Pro 2020 will highlight growth opportunities in sports clothing and will showcase the latest technologies in on-demand and customized sportswear.  Register here and use promo code FESH257 to register for free.